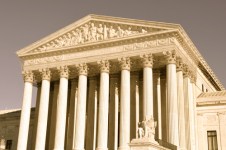 “I felt ‘crushed’ under the truth of this realization. I had to face up to the awful reality. Abortion wasn’t about ‘products of conception.’ It wasn’t about ‘missed periods.’ It was about children being killed in their mother’s wombs. All those years I was wrong. Signing that affidavit, I was wrong. Working in an abortion clinic, I was wrong. No more of this first trimester, second trimester, third trimester stuff. ” – Norma McCorvey, the plaintiff in the infamous Supreme Court case Roe v. Wade

This is a preview of History of Roe v. Wade. Read the full post (888 words, estimated 3:33 mins reading time) 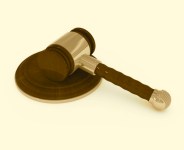 Let’s pause for a moment on Roe v. Wade – a decision that opened the door to over 40 million abortions. If we’re exploring how and why judges feel perfectly justified in ignoring the Constitution’s original intent, let’s consider one illuminating little story involving Blackmun, the hero of Roe v. Wade, and his pregnant daughter.  Read more... (398 words, estimated 1:36 mins reading time) 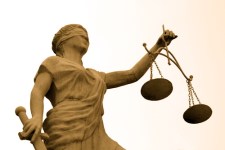 On January 22, 1973, the Supreme Court handed down its decision in Roe v. Wade. That same day, the Court also decided Doe v. Bolton. In Roe, the Court struck down a Texas abortion law. In Doe, the Court threw out the restrictions on abortion in a more liberal Georgia law. The combined result overturned the laws that restricted abortion in every state.  Read more... (3198 words, estimated 12:48 mins reading time)

This is a preview of The Case Against Roe v. Wade and Planned Parenthood v. Casey. Read the full post (3198 words, estimated 12:48 mins reading time) 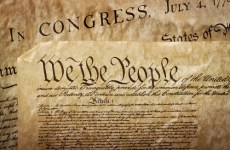 The most controversial of the civil rights cases is undoubtedly Roe v. Wade, 410 U.S. 113 (1973), which has been applied in a way that effectively establishes an unwritten constitutional right to have an abortion, though the opinion of Roe itself made no such assertion directly. Roe represents a twofold failure of judicial social engineering, since it (1) applied a uniform legal solution over all the states on a highly contentious issue that opens deep moral, religious, and philosophical fissures, and (2) was poorly reasoned and not grounded in law, giving it little intellectual legitimacy. We are only going to consider the second aspect of Roe, its failing as a legal argument. Roe’s intellectual inadequacies are well known and criticized among legal scholars, even those who personally favor a right to abortion. These criticisms have not reached a larger audience, however, due to the superficial coverage of legal matters by the mass media. Accordingly, we need to clear some common misconceptions before examining the opinion of Roe itself, which is often cited but seldom read.  Read more... (1688 words, 1 image, estimated 6:45 mins reading time) 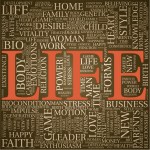 The principal errors of law and reasoning in the verdict are as follows:  Read more... (1105 words, estimated 4:25 mins reading time)

This is a preview of Errors & Effect of the Verdict. Read the full post (1105 words, estimated 4:25 mins reading time) 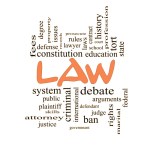 Justice Ruth Bader Ginsburg has been critical of Roe, saying “Women were lobbying around [the abortion] issue.  The Supreme Court stopped all that by deeming every law – even the most liberal – as unconstitutional.  That seemed to me not the way courts general work.  Roe v. Wade ventured too far in the change it ordered and presented an incomplete justification for its action.”

“…the fetus…never enjoyed his ‘day in court.’  The Supreme Court had every opportunity to hear arguments [that] the fetus was a ‘constitutional person’ [whose life was therefore protected].  However, the Court chose not to take advantage of this occasion.”  – John D. Gorby, J.D.  Read more... (502 words, estimated 2:00 mins reading time)

This is a preview of Judicial Comments on Roe v. Wade. Read the full post (502 words, estimated 2:00 mins reading time)