I know I have quite a few pro-choice friends … well, maybe not after this.  But there has been a stirring in my heart over this.  A few months ago I began reading a book on Dietrich Bonhoeffer by Eric Metaxas. Bonhoeffer was a German pastor prior to and during the rise of Hitler.  He had a profound ability to see the truth when so many of his countrymen were feasting on a lie. Through his growing relationship with God and the growing evil (read = killing of Jews & others) around him, Bonhoeffer became a part of a conspiracy to assassinate Hitler.  For him it was the only way to save God’s chosen people and his duty as a Christ-follower.  He would be arrested, imprisoned in a concentration camp and executed, only a few weeks before the camp was liberated.  Read more... (1160 words, estimated 4:38 mins reading time)

This is a preview of Be The Next Bonhoeffer: Fight To End The American Holocaust. Read the full post (1160 words, estimated 4:38 mins reading time) 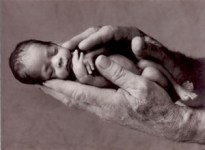 There is a quote that says:

Those who cannot remember the past are condemned to repeat it.

And in an effort to remember the truly awful, the incomprehensible worst of humanity, I often pour myself into Holocaust memoirs or biographies because I don’t want to forget. Although I have no ties to the era, the war or the people, the plain evilness of it all haunts me. It is almost beyond my comprehension to understand the apathy of an entire country who collectively turned a blind eye to the humiliation, brutality and murder of neighbors, friends and  coworkers. I have seen the documentaries, the footage of skeletal survivors and piled high corpses. Men, women and children just like my family that did nothing but become the abject focus of a mad man. How easy it became to dismiss them. To see them as less than human.  Read more... (1986 words, estimated 7:57 mins reading time)

This is a preview of Gosnell and America’s Holocaust by April Lakata Cao. Read the full post (1986 words, estimated 7:57 mins reading time) 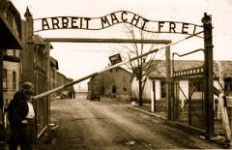 Abortion advocates are essentially no different from Nazis or Soviet Communists. All of them have picked a class of humans to sacrifice. Let’s take the Nazis for example: over a period of time and by a series of complex political and social occurrences and manuevers, the Jew became Germany’s scapegoat. Getting rid of Jews (and priests, and gypsies, and homosexuals, and the mentally and physically disabled, etc.) was a necessary sacrifice to make Germany better, more prosperous, and safer. The exterminations took place somewhere else, where the average Berlin shop girl couldn’t see and wonder at the clusters of buildings surrounded by barbed wire, the oily smoke rising from the chimneys.  Read more... (515 words, estimated 2:04 mins reading time)

This is a preview of Why Gosnell’s ‘house of horrors’ is the logical result of legalized abortion. Read the full post (515 words, estimated 2:04 mins reading time) 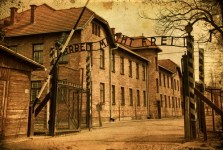 During the Nazi holocaust, Josef Mengele used concentration camp prisoners, including young children, as test subjects for a catalog of demented medical experiments. Documents uncovered by Allied forces revealed that, before they were killed, Mengele’s victims were subjected to pain on a scale that can only be described as unimaginable.  Read more... (978 words, estimated 3:55 mins reading time)

This is a preview of Abortion is America’s Holocaust. Read the full post (978 words, estimated 3:55 mins reading time) 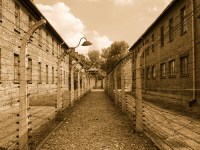 I have heard many people cry foul whenever any pro-lifer uses the Jewish Holocaust or slavery in America as a comparison to abortion. Many times at my talks someone will scold me during question-and-answer time, claiming to be offended that I would use such a comparison.

The problem they have is not really the fact that a comparison is being made to one of these horrific tragedies; after all, we build museums, memorials and reminders of what happened to make sure something like the Jewish Holocaust will never happen again. The problem really is that we have elevated what they consider to be a blob of tissue to personhood status.  Read more... (710 words, estimated 2:50 mins reading time)

This is a preview of How Dare You Compare Abortion to the Holocaust or Slavery?. Read the full post (710 words, estimated 2:50 mins reading time)