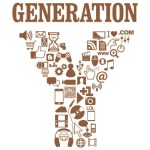 Abortion also has contributed to population decline and demographic changes. The U.S. birth rate has dropped to the lowest level since national data has been available. In 2002 the birth rate fell to 13.9 per 1,000 – down 17 percent since 1990. This results in a demographic shift to an older population known as “population aging” where the share of the population of working age shrinks and the labor force grows older. This demographic phenomenon will have negative effects on the economy, especially as workers reach retirement age leaving fewer people engaged in productive work.

This is a preview of The Shrinking Generation & the Roe Effect. Read the full post (1242 words, 1 image, estimated 4:58 mins reading time)